BY: Zimbalist Chalk; as told by Julia Yarbough

Ask motorcycle enthusiast Zimbalist Chalk when it’s a good time for riding the open road and you’ll get a simple but heartfelt answer. Anytime.

In the biker world, he’s known as COW6BOY and he has been climbing aboard various bikes for 45 years; covering thousands of miles across the lower 48, traveling the back roads of Alaska and even snaking his way through scenic parts of Canada. There’s a good chance he knows almost every hidden gem America has to offer. That’s because of his passion and love for open roads and being in the heart of nature.

Recently I caught up with COW6BOY while he was not ‘lost’ and in-between trips. In fact, he was fresh back from touring some of my favorite spots in South Florida.

He told me about the joys of soaking up the sun and spotting wildlife. We also talked about and immersing oneself in Native American history. And all while road-tripping through the Florida Everglades.

“I made plans to meet fellow riders so we could create miles of memories on the back-roads of South Florida.”

Freedom. He says that’s the overwhelming feeling he gets the moment he turns the ignition switch and hears the roar of the engine. On many of his long rides, Chalk says that power comes from one of his three motorcycles: a Harley Davidson Ultra Classic, a Harley Davidson Street Glide and a Suzuki GSR1000.

The plan for the Everglades trip? Meet up with fellow riders (at what better place, than the Harley Davidson store in Weston, Florida at the jumping-off point to Alligator Alley) then head out!

Decked out in full riding-gear for comfort and safety, Chalk and his team of road-adventurers headed west along I-75, the group rumbled their way south towards the famed Tamiami Trail, to roll through the heart of the Florida Everglades.

Under the blazing hot South Florida sun, Chalk let his cares of the world melt away and allowed himself to become almost one with nature.

“I saw various species of birds that call the Everglades home (Great Herons, Egrets, Osprey, Hawks,) and along each mile marveled at the expansive grassy wetlands of the Everglades.”

The Everglades: the River of Grass, is home to countless plant, bird and wildlife species. It is a typical sight to spot Alligators sunning themselves along the banks or turtles sitting cozy on a log.

“At rest stops to replenish energy, I

[Chalk] asked the other riders how they were feeling. The talk was all about how beautiful it was and how refreshing it felt to get out and just ‘breathe’ and enjoy social distancing on two wheels.”

It was just one trip but it was also one moment of serenity in the midst of a global pandemic and national civil unrest. And all of it, right in his own backyard.
In a stretch of just a few hours Chalk and fellow bikers traveled across miles and seemingly through time as well as slices of history:

Chalk maps out his trips with more than just riding in mind. He takes fellow riders on a nature trip as well as a cultural and historical journey.

“I try to visit various states and my personal goal is to go to all the HBCU’s (Historically Black Colleges & Universities) on my motorcycle. I plan my routes to see as much history as I can. I plan to one day ride the route of the civil rights movement; places Dr. Martin Luther King, Jr. went in order to shed light in the dark places.”

And what makes these trips that much more impactful? Chalk is African-American, as are the majority of his road-adventuring team.

I asked him if the current social tension rippling through the country gives him pause for taking to the blacktop.

He says what people may not understand about the motorcycling community; is that regardless of one’s race or ethnicity; the machine forges a unique brotherhood between riders of all backgrounds, all shades and ethnicity.

Motorcyclists are friendly people and open. All love to tell you their stories of the bikes they have ridden and where they have traveled. 99-percent of the bikers will do anything to help you no matter your race,” explains Chalk. “As a motorcycle rider, we look out for each other because we would want someone to do the same.“

Bottom line? Chalk says anyone who wants to understand the feeling that comes from riding on the open road just has to do one thing: START.

“Once you get it in gear it is time to ride and enjoy. Plus, if you want more memories then I suggest you get more miles.”

Zimbalist Chalk is well known in the motorcycle community and fellow riders know him as COW6BOY.
You’ll find him out on his bike, sometimes for up to two weeks at a time covering thousands of miles.
Days after this interview, Chalk completed a 1,000 mile ride in 24-hours known as the “Iron Butt,” cruising north from Fort Lauderdale through Florida’s back roads with a stop at the famed Daytona International Speedway.
Chalk uses his biking expertise to teach aspiring riders, support a number of volunteer causes and to educate others to the cultural history of the regions he travels.
Look for future events hosted by COW6BOY to bring awareness to cultural history and share the love of riding the open road.
Follow COW6BOY and his road adventures on:
Facebook @mypagemyexpression.
Instagram @mypagemyexpression 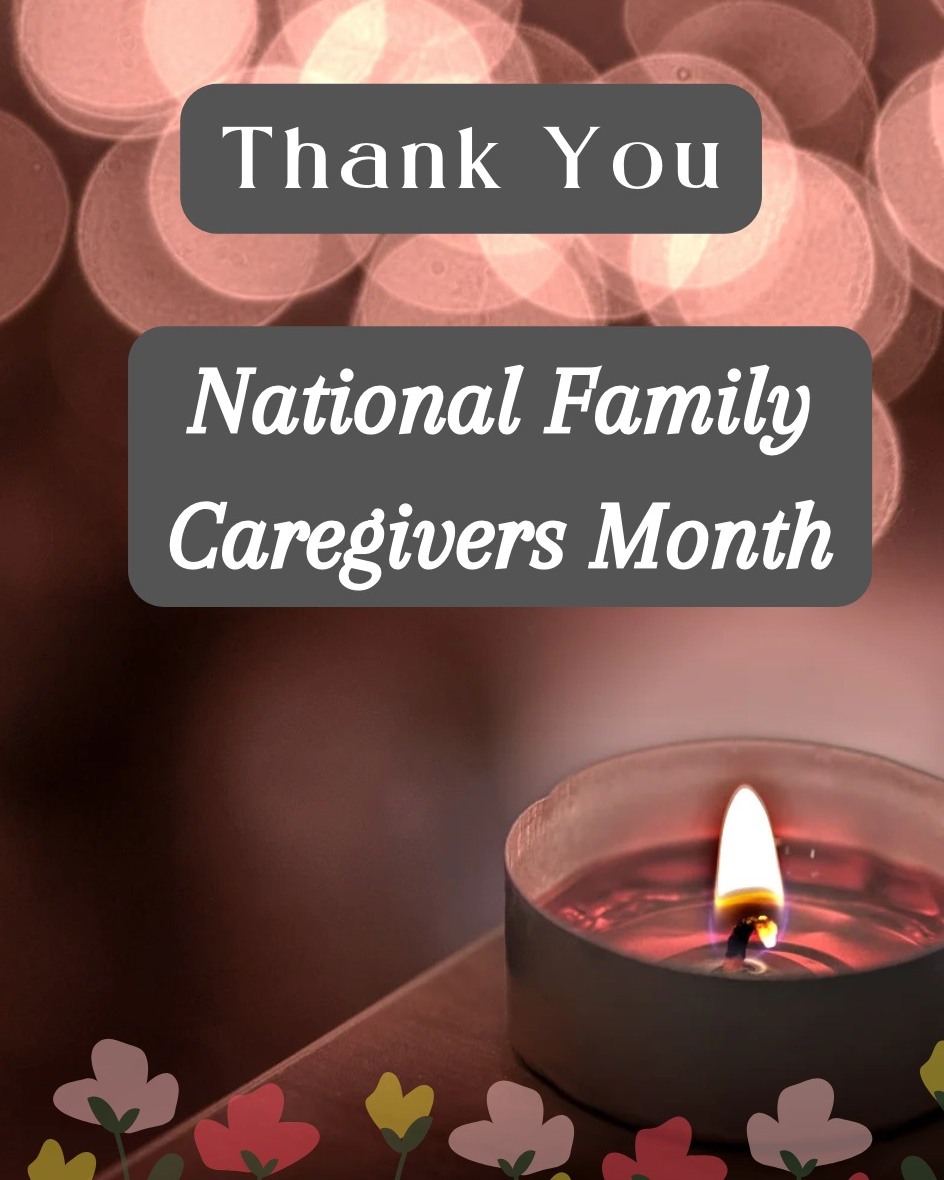 julia.yarbough
•
Follow
As we wrap up this month - sending out another huge THANK YOU to each and every family caregiver - YOU ARE APPRECIATED! SUBSCRIBE to Keeping It REAL Caregiving Newsletter now @substackinc #awareness #caregivers #familycaregiving #KeepingItREALCaregiving #familycaregivingmonth #education #aginginplace #longerlives #homecare #caregiverpublichealth #caregivingadvice #bekind
View on Instagram |
1/6

julia.yarbough
•
Follow
Sometimes it is the simple things in life we can be most #grateful for… #upscalerural #nature #zen #simplicity #outdoors #trusttheprocess #thankful #easymorning 🐿 #keepingitrealcaregiving
View on Instagram |
2/6 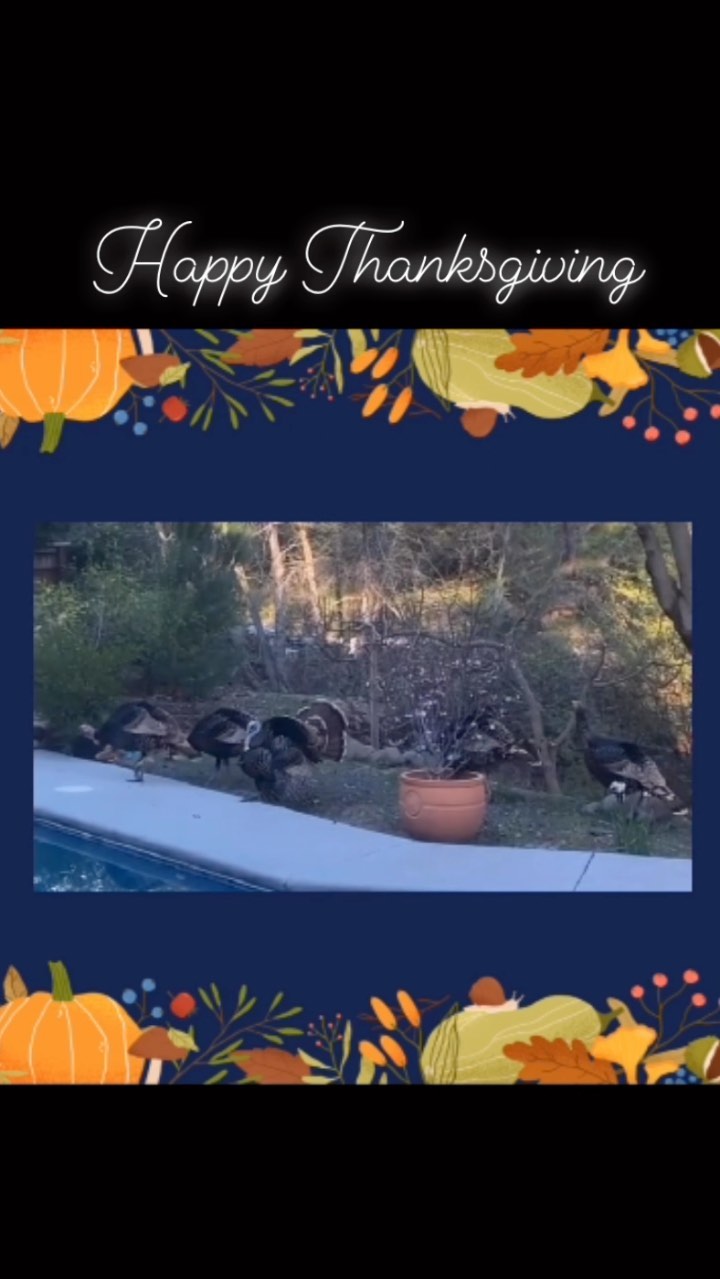 julia.yarbough
•
Follow
Happy Thanksgiving- (maybe)? Take it from these guys and girls- be #thankful for each moment and experience! #trusttheprocess
View on Instagram |
3/6 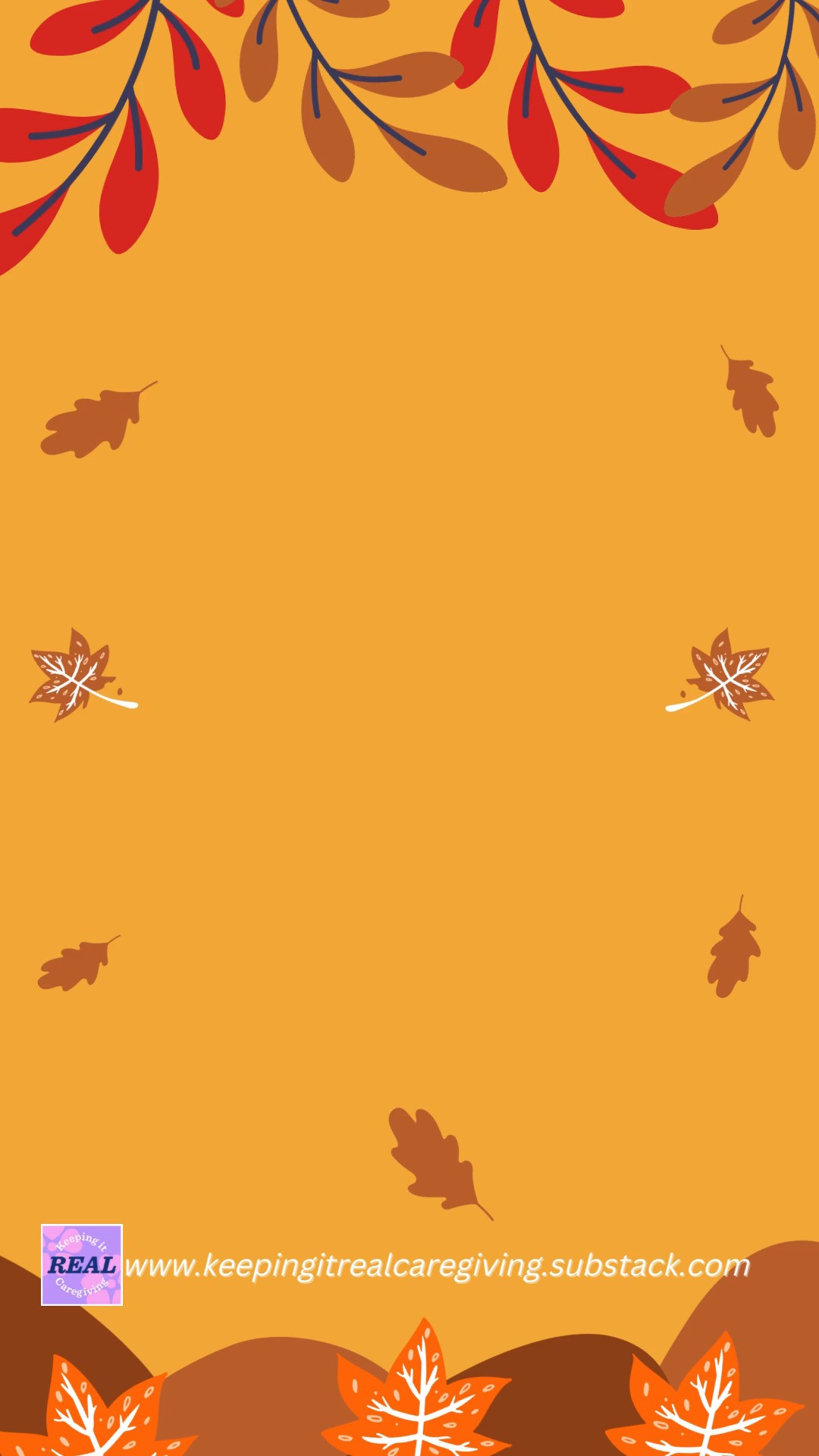 julia.yarbough
•
Follow
Happy Thanksgiving! Moi - Julia -& #keepingitrealcaregiving wishes you and yours a warm, safe, and enjoyable Thanksgiving holiday. Thank YOU for the friendship, connections, support and shared experiences along this journey together. To all the #caregivers - you are #VALUED and #appreciated - THANK YOU! Remember to take care of yourselves and on the day that we all pause to give thanks, remember to be thankful that you GET to care for your loved one - the time moves fast. I hope you are able to appreciate and cherish the moments you have. #caregiving #familycaregiving #familysupport #holiday #thanksgiving2022 #trusttheprocess #substackwriter #nationalfamilycaregiversmonth
View on Instagram |
4/6 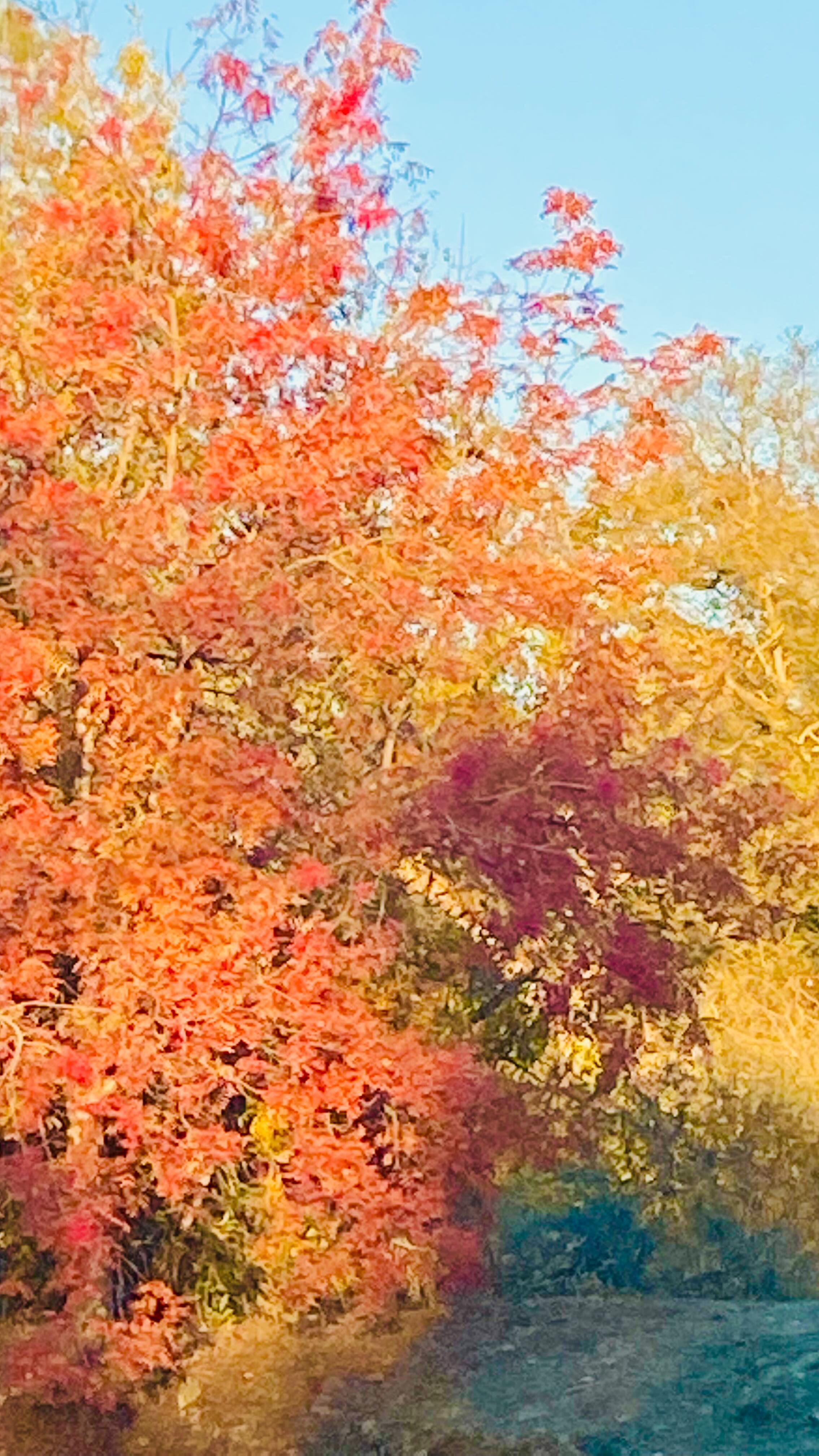 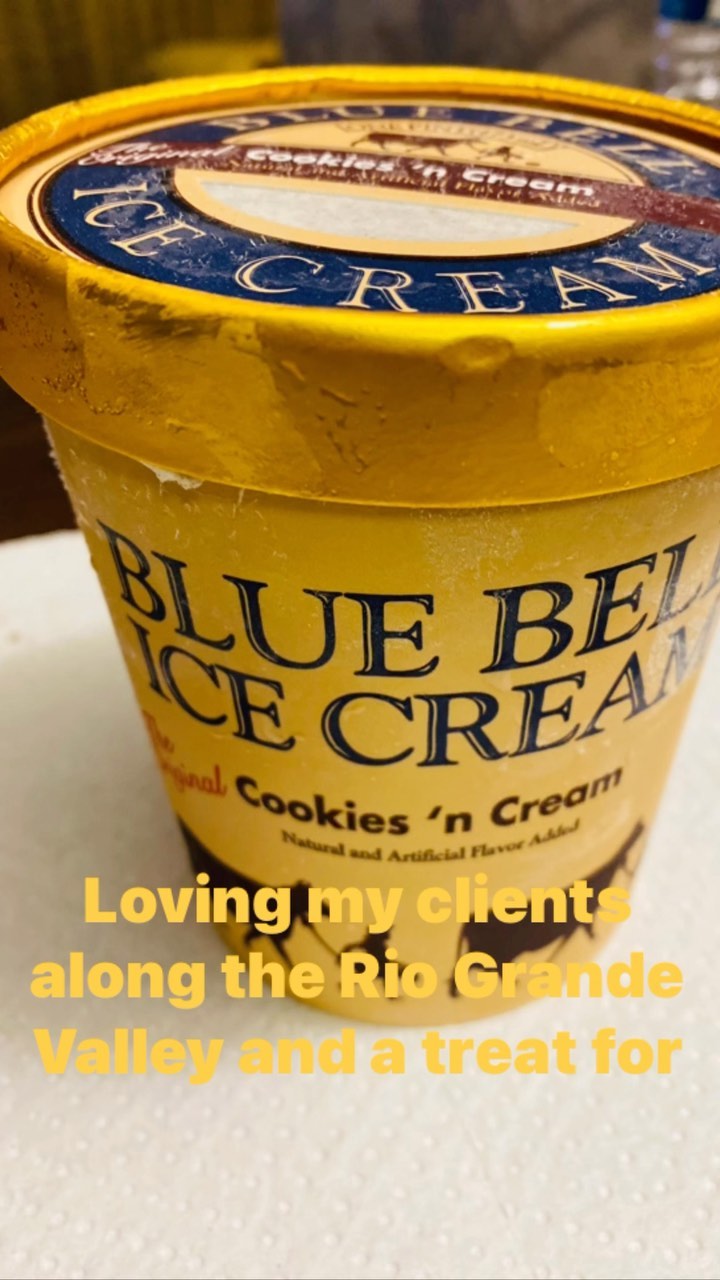